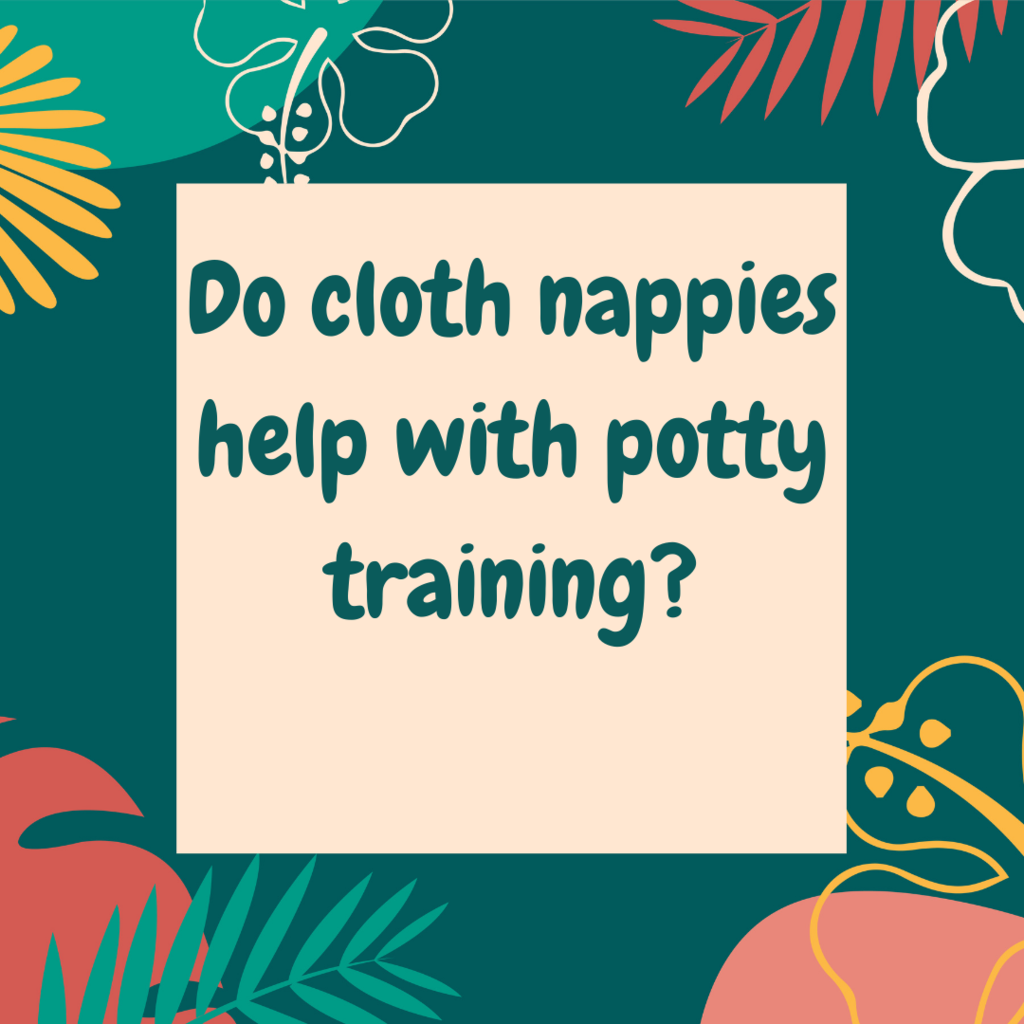 We ran a survey with two simple questions;

1. Did the child wear cloth nappies, disposable nappies, or a combination of both?

2. At what age did you consider the child was fully potty or toilet trained (during the day only)?

The short answer appears to be yes, cloth bum babies do appear to potty train a little earlier.

Our survey, at the time of analysis, had received 243 responses.  The distribution of answers relating to cloth nappy wearers, disposable nappy wearers and a combination of both is as follows.

Child wore a combination of both: 38

The survey remains open should you wish to contribute.  A further analysis will be carried out at a later date when the sample size has increased.

The results have shown that there is evidence that children who wear cloth nappies do to potty train earlier than those who wear only disposable nappies, or a combination of both.

Of the children who potty trained between 16 and 18 months, 64% were those who had worn cloth, 8% had worn disposables and the remaining 8% had worn both types of nappy.  At this stage the data is small numbers which should be kept in mind as it might not be representative of the population as a whole.  16-18 months is considered early to potty train and as such only 11 of the 243 children in the survey are part of this group.

Of the children who potty trained between 19 and 24 months, 58% were those who had worn cloth, 37% had worn disposables and the remaining 6% had worn both types of nappy.  At this stage the data is small numbers which should be kept in mind.  19-24 months is also considered pretty early to potty train however 52 of the 243 children in the survey are part of this group. Please not this covers a 6 month age period rather than 3 as per the 16-18 month data above.

Of the children who potty trained between 25 and 27 months, just 29% were those who had worn cloth, but 47% had worn disposables and the remaining 24% had worn both types of nappy.  66 of the 243 children in the survey are part of this group which covers a 3 month age period. It would appear then that it is during this age, once children has just turned 2, that the disposable and combination group have caught up significantly and really, 2 to 2 and a quarter is not in any way late to potty train.

So far we can see that there does seem to be an indication that baby's who wear cloth nappies may well potty train earlier than those who wear disposable nappies but there isn't a serious lag for the disposable nappy wearing children.

We can see that 65% of the cloth nappy wearing children potty trained by 27 months compared with 43% of children who wore only disposable nappies and 55% of those who wore a combination.  Again, this indicates that the baby's who wore cloth have indeed potty trained earlier than those who didn't, or did on a part time basis.

For clarity, here is the raw data and also the same data calculated as percentages of each category.

It is important to note the sample size is relatively small however all three categories have been well represented.  The percentages may well change as the sample size grows.  If you have children who have potty trained and would like to take part you can access the short, 2 question, anonymous survey here.

It is also key to note their may be quality issues as the survey relies on peoples memory which can sometimes be inaccurate.

In addition, the simplicity of the survey does not take into account cases where there may be delays in a childs development or other issues to be considered. Nor does it consider whether or not a parent or parents have used strategies such as Elimination Communication which may speed up a childs progression out of nappies.

Correlation is not the same as causation.  It is not possible to know whether each baby would potty train earlier or later had they worn different nappies.  We can only go by what the data tells us and glean trends from that.

We can never know for certain why a child potty trained at the age they did.  As an example, our eldest child has potty trained at 26 months.  Yes she wore cloth nappies however, we had no plans to start potty training at 24 months as we didn't think she was ready.  A particularly nasty bout of acidic teething poos forced our decision to leave her nappy free at home for 3 days over a bank holiday weekend and it turned out she was more than ready and took to it all very easily.  Had that not been the case we would have waited a few more months and tried during the warmer months rather than starting on January 1st.  On the flip side, now we know she was very ready we will never know whether she might have been ready much earlier.

Finally, we are not able to validate the data in any way.  We are only able to assume the information we have been given is accurate.

It appears that cloth nappied children potty train earlier than those who wear disposable nappies.

Help us keep this research up to date

The more responses we receive the larger the sample size and the more accurate the results will be.  Please ask your friends to input their responses too and share the link ( https://bit.ly/PottyAge ) with as many people as you can.  We will update this post in due course.