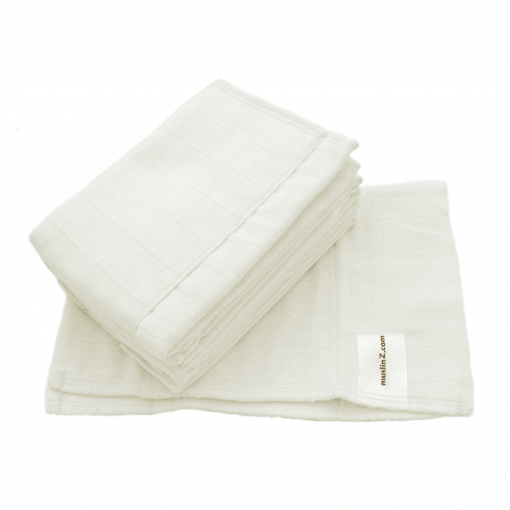 MuslinZ soft and absorbent 100% cotton muslin prefold nappies are one of the simplest styles of cloth nappy on the market.  With minimal folding you have a well performing nappy.  Simply fold into three or four and lay into a PUL* wrap to create a very simple two-part reusable nappy.  Fold from portrait if the baby is older but if that is too long for the wrap when on the appropriate size setting simply turn the open nappy around to landscape and fold that way.  This will create a shorter pad more suitable until baby, or toddler, has grown taller.

Prefold nappies can also be used to stuff pocket nappies in cases where using inserts alone is no longer enough.  Prefolds, like trifolds, are also a great and cost effective way to boost a nappy for night time wear.  Use between the nappy and the wrap, or inside the nappy if there is enough space.  Either method is effective.  Prefold nappies even make a nice liner for the chilly changing mat.  . 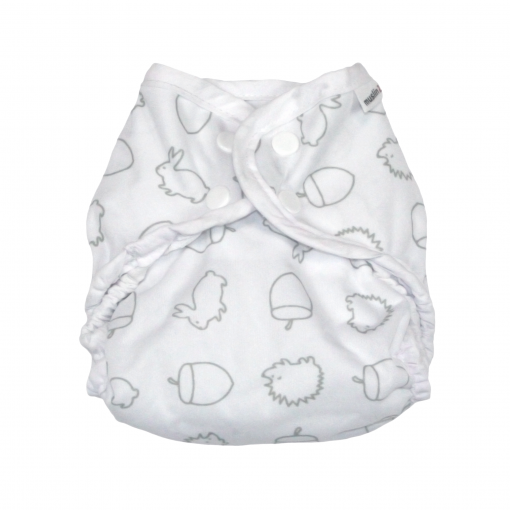 Can we keep in touch?